Ty Bello (Toyin Sokefun Bello) is a Nigerian songwriter, gospel singer, philanthropist, and photographer, who was born on the 14th of January 1976 in Ogun State, Western Nigeria.
She attended the University of Lagos, and graduated with a degree in Economics. After graduation, she changed track and ventured into journalism shortly, before she later developed interest in photography, and started a career as a photographer.

Ty Bello ventured into the Nigerian gospel music scene through the group “KUSH”.
This was a music group she co-created with her friends Lara George, Dapo Torimiro, and Emem Ema (Rapper), who were all members of the Campus Fellowship choir in the University of Lagos.
KUSH was short for Kinetically Ushering Salvation into Hearts and Homes.

This group quickly gained fame back in the 2000s with the help of their hit “Let’s Live Together”, which was part of the one and only album the group was able to release “Experience Album” before it closed down. It was said that the group grew apart due to financial uncertainties, and individual careers.
Today, all members of the group are doing fine individually. All thanks to the wonderful foundation set by this group.

Dapo Torimiro is now a Grammy Award nominee, Platinum Songwriter, record producer, and instrumentalist based in the US.
He has worked with the likes of John Legend, Justin Bieber, Brandy David, Miley Cyrus, Jordin Sparks, and more.

Lara George is now an award winning Nigerian gospel singer, producer, and songwriter.
She has bagged so many awards both internationally and locally, has released numerous albums, and is currently one of the best gospel singers in the country.

On the other hand, the rapper Emem Inyang has launched her own successful creative Arts firm in Nigeria which she named One Integrated Management Co, and she is the proud pioneer winner of the British Council Awards for the International Young Music Enterpreneur (2006). They have all been doing fine individually in their careers.

Ty Bello was the official photographer to former Nigerian President Goodluck Ebele Jonathan, during his tenure. She also works in the Nigerian Newspaper company “This Day”, as a fashion photographer. She is more than just an artiste in the industry. While speaking in an interview about her music and photography, she said it worked hand in hand, and that music and photography, are identical forms of arts. She said just like her photography, music is her language. She collects experiences, stir them into herself, and expresses them in her own language (music).

TY Bello was born in Ogun State on January 14, 1978, to late Remi Sokefun. Remi Sokefun, her father, was a well-known television producer.

She graduated from the University of Lagos with a bachelor’s degree in economics and is a member of the Nigerian photographic group Depth of Field.

TY was a member of Kinetically Ushering Salvation into Hearts and Homes, a now-defunct urban gospel band (KUSH).

TY Bello was a member of the music team in her childhood church, Revival Word Church, where they composed songs based on the previous sermon for the following Sunday service.

We can argue that this is where she honed her songwriting and vocal skills, despite the fact that she was the youngest in the group. She was a brave woman.

While TY Bello was a student at the University of Lagos, she continued to compose and perform with Lara George, Dayo Torimiro, and Emen Ema, demonstrating her talent.

KUSH, a now-defunct band, was formed by the four. In the early 2000s, the band rose to prominence with their single, Let’s Live Together. After her band disbanded, Ty Bello became a solo artist.

Greenland was her first solo album, which she published in 2008. The album was a hit, and she received two significant awards for it. Greenland, TY explained, is a metaphor for her everyday life.

Other notable vocalists included in the series include Sinach, Folabi Nuel, Tolu Ijogun, Wole Oni, George, and others.

When her band broke, she began photographing at a time when photography was not considered a profession.

TY Bello has gone above and beyond to offer a supportive environment and platforms for aspiring photographers to display their work.

She specializes in portrait photography, while she also shoots documentary and conceptual work. Her creations are typically iconic, evoking powerful emotions in her devotees.

Her work has carried her inside the halls of power, as she has photographed three sitting presidents and served as the official photographer for former Nigerian President Goodluck Jonathan.

Early this year, Ty Bello teamed up with Canon for the “live for the narrative” campaign. The campaign invites ordinary Nigerians to share their personal experiences on what makes their country special.

In 2017, the gifted singer was nominated for the Ten Outstanding Young Persons Awards among 25 others.

TY Bellow is a Nigerian legendary photographer, singer and songwriter with an estimated net worth of

She is also the founder and director of Link-a-Child, a non-profit organization committed to disseminating information about Nigerian orphans and soliciting sponsorship on their behalf.

In July 2011, TY Bello was honored in a five-part documentary video series dubbed RedHot by the non-profit Communication For Change.

Aside from the albums, she has so many hit singles, and has been featured in many songs till date.
She has worked with co-artistes like Sinach, Lara George, Tope Alabi, and more.

Toyin has won several awards and nominations all through the years. In 2008, she got nominated in The Headies Awards for Recording Artiste of the Year, Hip Hop World Revelation of the Year, Best Vocal Performance, and Best Music Video Director. She received all these nominations in the Headies Awards 2008. Same year (2008), she won the Nigerian Entertainment Awards for Best New Act of the Year. In 2009, she won the sound city Music Video Award for Best Female Video (Ekundayo). In 2013, she got nominated for the Creative Industry Awards for Visual Arts.
In 2018, she won the Inspirational Woman of the Year Award COWLSO. She has bagged many more awards and nominations over the years.

Toyin got married to her husband Kashetu Bello in 2009. According to her, she had to endure endless pressure from both family and friends for nine whole years, before she finally gave birth.
She gave birth in 2014 (nine years after marriage with her husband). And as God planned it, she gave birth to twin boys. These boys were named Christian and Christopher. 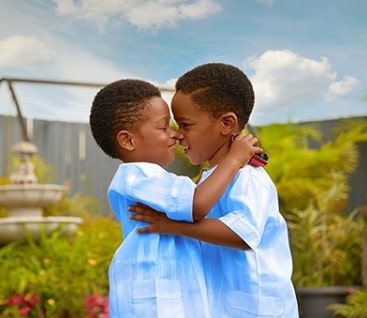 According to her, It was a blessing by God, to make up for her lost time of being a mother.

You can get Ty Bello on social media platforms like Instagram, e.t.c. On Instagram, you can contact her via @tybello. She is active on this platform, and currently has about 735k followers.
She recently celebrated her mum’s 77th birthday on this platform. You can follow her to get latest happenings in her life.

On Facebook, you can follow her fanpage @tybellofanpage, to get information on latest happenings around her. Unlike many celebrities, Ty Bello is not active on twitter. She uses Instagram and other social media platforms like whats app and Facebook, but you can keep in touch with her on her Instagram handle. She is very active on Instagram so you’d get latest information and posts directly from her, on this platform. As you know, whatsapp is a private social media platform, so you can get her on whatsapp, only if she knows you and has your mobile number, or you have hers.

Being a successful musician, professional photographer, official photographer of the former Nigerian President Goodluck Ebele Jonathan during his tenure, This Day Live Fashion photographer, and business owner, it is natural, that we’d want to know the net worth of Ty Bello. Well, unfortunately, Ty Bello’s net worth is not know yet. We do not know her exact net worth, but we know that whatever it’d be, it would be a huge sum.

About Shedrach Uzogazie 163 Articles
Shedrach Uzogazie ( AKA Shedi ) is the founder and CEO of Shedi.com.ng, he is a web designer and a blogger from Anambra state. This website is designed to bring to you Entertainment and Music